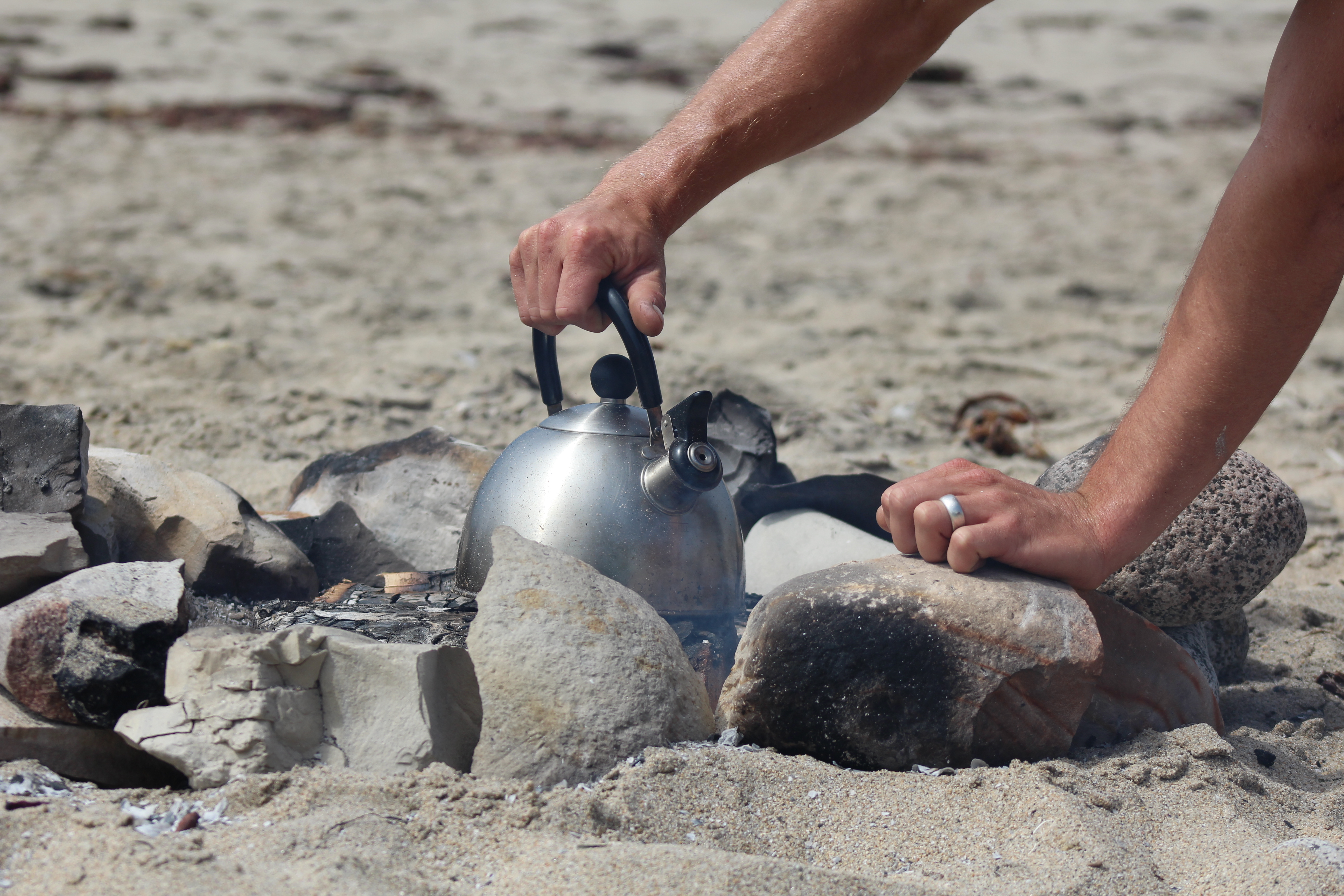 There was not much left to pack up. Bundles of tarps had been lying dormant in the trunk of his hand-me-down Dodge Stratus, a suitable companion for quite some time, and if memory had not fully alluded his grasp, it had been three years since the hunk of metal had been gifted to him. The ugly boat had withstood many miles, and the age could clearly be seen in the flaking paint chips that its body wore. It was quite a piece, but he admired it and was proud of the friendship endured between him and this metallic beast. He gently patted the trunk, mentally muttering that yet another journey would be engaged.

Another adventure, he thought, and this one was going to be perfect.

Chortling to himself, he slammed the trunk shut, but it bounced back; playfully whipping upward towards the sky like a hyper toddler who refuses a car seat. Irritation shook his eyes, but he steadied his quaking pupils and overpowered the stubborn trunk, slamming it down much harder this time. He slapped his hands together, trying to stir free the grime from his palms, satisfied that everything had been packed accordingly.

The two bundles of tarps were cuddling with two lawn chairs that gently nested upon two pillows. A blue, hideous cooler—scarred and wounded from travel—held two ceramic moss-green coffee cups, some instant coffee crammed into a rusty pot, two table settings complementing two plastic plates, some paper towels, and two plastic champagne glasses; top-class charms bought for a dollar-thirty-eight, shivering next to a cheap bottle of Lambrusco. There were untrimmed chicken thighs, vegetables with skin shades spanning wide through the color spectrum, some fingerling potatoes, and pineapple—the latter also trying not to freeze in that dilapidated igloo.

The sleeping bags had long been snoozing. The small grill and bag of charcoal were awaiting their moment to shine. Water was plentiful, and plastic bottles brimming with distilled life leaned up against a neat collection of firewood; one that was architecturally stacked to dazzle. Lastly, a bag full of clothes, a toothbrush, some condoms, and a pair of rustic flip flops sat next to a vacant space, the only space safely spared in the perfectly contrived trunk setting. The vacancy awaited the most important bag of all, the one belonging to his love.

Yes, everything is perfect.

Her entire being appeared to be God-sent, as shadows crawled about her body, momentarily being interrupted by a passing car that rushed them by on the two-lane, coastal road. The beauty she eloquently held flashed by in the moments of light, and then resided back into the darkness. The Dodge Stratus was really sailing, and the destination was closing in. An hour of driving had gobbled up their time when Davenport Beach finally waited no more. This night had perfection buried deep in its genetics, and the genes were about to show.

The hike down to the beach was a mile or so, and the haul was strenuous for the lovers. They puttered down the jagged cliffs, heaving and wheezing the whole way down, each encapsulated by a sphere of supplies. The sand fought their feet as they sought a pleasing spot to set up. After much searching, the perfect campsite had been found, the only site suitable for such a perfect night.

The tarps were first to be unrolled, stretching their bones across the grainy beach. She began organizing the supplies, blessing the cold, lifeless tarps with love. He began the fire, grunting and shifting his eyes to her as he chopped wood, hoping she would notice how in control he was.

How perfect everything is.

The waves rolled in the distance. Bellies were full of cheap Lambrusco and a feast that most only find in dreams. The clouds began stuffing the stars away, and a frost tossed by the sea came rushing over the lovers. Her teasing fingers articulated love. It was time. All the perfection perfectly prevailed, and now intimacy was about. She asked him to pitch their tent so they could hide from the peeking, brisk sea and get lost in each other’s arms. Yes, the perfection had paid off; all of the meticulous planning and skillful organizing. A cozy tent would pleasantly conclude this perfect evening.

Then he began to sob. She could not figure out why such a presentation was unfolding in front of her. He was cute when he cried, and she never had noticed this trait. Her mind went wild.

This evening is so magical, I feel I could cry with joy. Is that it?

Could this be some traumatic day for him?

Maybe he lost someone.

Why would he plan this on such a painful day!?

I would think that if he loved me, he would plan a separate day for us, JUST for us, right?

He wouldn’t do that. I mean, why would he?

That would be weird.

Wouldn’t he just want a day for us, our special day?

For a moment, his light sobbing was all that could be heard between the crashing waves. She could not hold herself back any longer, she had to know what was ailing him.

“What is it baby?” she pondered. “Whatever could you cry about on a night as perfect as this one?”

He shamefully wiped his tears and slowly collected his breath.

“I forgot the tent.”