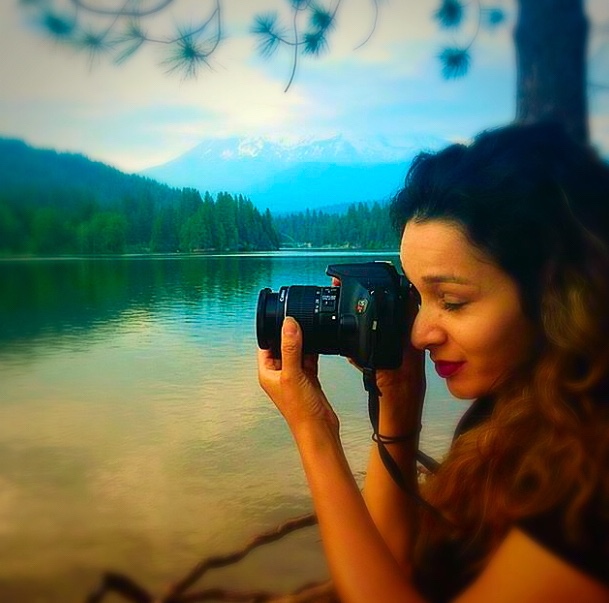 Her eyes were gallant as we spiraled down a barren interstate, calmly facing a shower of midnight streetlights while snapping flashes of mustard-yellow hues splashed across her face. The dull emanations would rapidly illuminate her deep-black hair, pouring waterfalls of bleak light down onto her shoulders. Then it would quickly depart onto the suede seat, leaving only darkness behind. During this beautiful dance between approaching interstate streetlights and my wife’s soft skin, I detected something in her curling smile that I had not seen for a very long time: HAPPINESS

We had moved to San Jose to start our lives together, but my promise of becoming a better man quickly drowned in a bottle. Camila’s fading confidence showed in her actions when we would go out for drinks. We found ourselves in a terrifying cycle, where she would do things to outline my insecurities, then I would drink them into solidification. Her look-at-me attitude at the bars drove me nuts, and my destructive drinking broke her heart. Neither of us was accepting our late twenties very well. Within the first months of our marriage, we had both done things to each other that would surely break any relationship. The future was beginning to dissolve, but we trekked on toughly and began working on stronger communication and the practice of selflessness. We both still had a lot of growing up to do, but finally, it seemed that we were taking that step. Unfortunately, you know what the illusive WE always say:

Open wounds plagued our daily lives, and moving forward was becoming very difficult. Both of us had tremendous egos, so the fact that neither of us ever admitted to being in the wrong never helped our situation. The highs in our relationship would be very high, but the lows sunk tremendously deep. We made it to our first anniversary, but within days we were back to more yelling than talking–more fighting than loving–and tears of sadness prevailed over tears of joy; time and time again. The only time we would not fight is when we would travel together, for both of us LOVED traveling. It had been a few weeks since our anniversary, and the magic was slowly subsiding. Camila’s short fuse was getting shorter with each day, and my drinking was sluggishly returning to its usual dipshit nature. We both knew we needed a trip, and after some thought, we came up with a great place to go: Lake Shasta. A trip would make everything better, those little nuggets of escape that seemed to distract us away from the fighting. Runaway, the answer to all.

…two hours of the four-hour drive started peacefully, but it did not take long before the yelling commenced. I would take a wrong turn somewhere, and Camila would instantly pull out her phone, rolling her eyes while she looked for directions. I would become angry because I thought she was insulting my competence. In return, she would ignore me, and the obnoxious, robotic English accent of Google Maps would prevail. This basic situation would swiftly turn into an argument, and before we knew it, both of us were throwing the old “well you did that” in each other’s face.

The second day we bought some inflatable tubes and sunbathed on Lake Shasta. Back at camp, Camila direly voiced that she wanted to see Mount Shasta that day, but I, being the selfish prick that I can be, cared not to see the mountain. It was an hour’s drive north, and I felt there were better ways to spend the day. Still, she insisted that we see the mountain. So, we packed up camp and headed north to Mount Shasta.

We let go of our pain and anger, and the nightmares we shared in our past became manageable. For once in our marriage, with our hands clamped tightly together, we could forgive one another—and ourselves. What was MOSTLY astonishing was that there was not a single word said; not even a syllable was muttered. We could look past all the previous bullshit, and see the love that seemed to have taken a wrong turn somewhere along the way. My wife’s grip tightened, and tears began crawling up my chest. I tried to swallow them—BE A MAN DAMNNIT—but they fought through my eyes. Camila’s grip tightened even more, so I looked over at her. Tears were streaming down her own face and trickling around her loving smile. For the first time since we got married, the gratefulness of this magnificent person next to me broke the barricade of selfishness. I was not just looking at my wife, but I was looking at my best friend, my partner, my purpose! That feeling of aloneness that has taunted me my entire life was gone, and for just a moment, I could see who Camila was: She was me…

…and I was her! Our haul would be long, but without each other, life would become obsolete. We were truly in it to win it!

So, there we were, just a speck going 80 mph up the Interstate 5. Two souls that had been lost for too long; together found in the reflection of the distant Mount Shasta, and staring sharply into the eyes of the ultimate blessing: