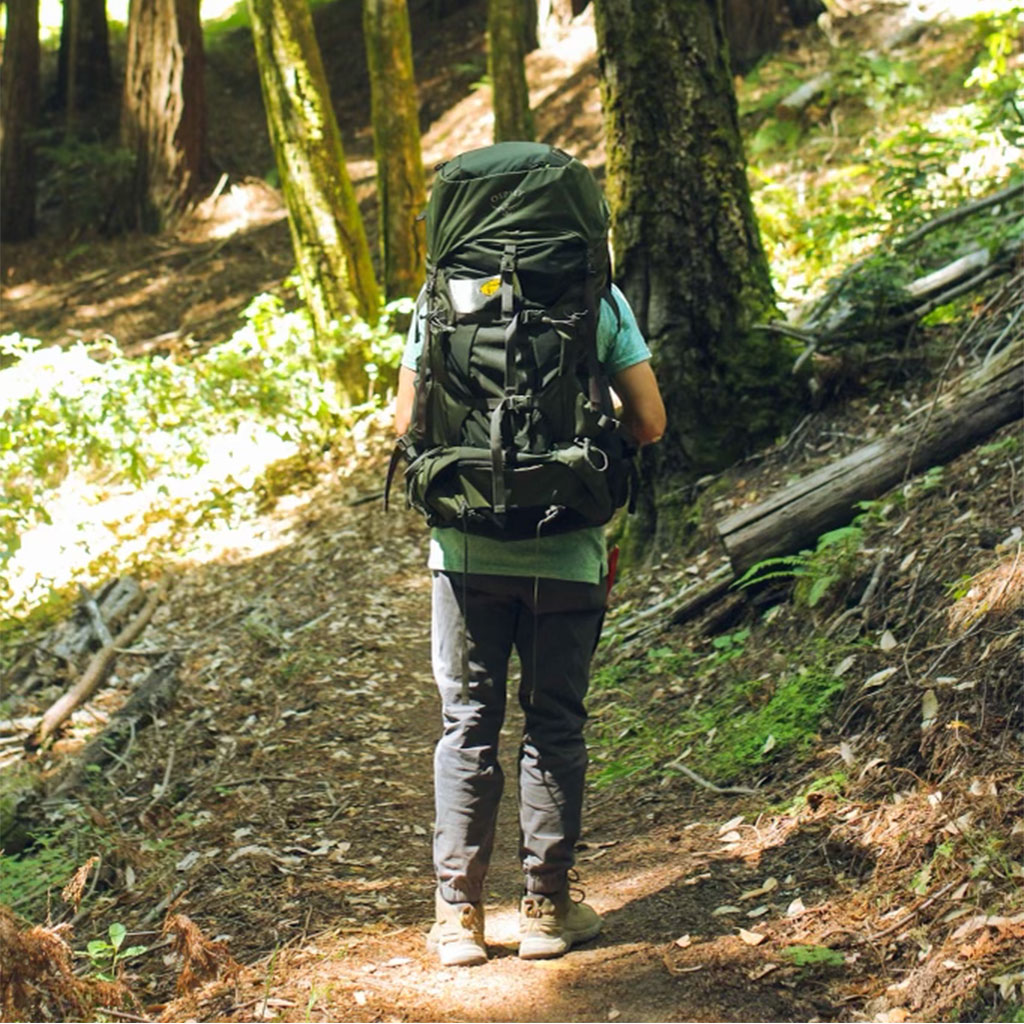 Escaping Pandemic: Skyline to the Sea (PART I)

Since the earliest days of our marriage, Milla and I dreamed of hitting the hills with nothing but a backpack on our bodies and the forest under our feet. If my recollection correlates to correction, the conversation first sprouted months before we married. I can remember those early days, when we’d meet in a city, rent a car, and hit the road, camping in National Forests any time one passed us by. Even then, we spoke of how amazing it would be to grab a pack and head deep into the mountains, living on pure necessities and venturing to landscapes that few feet have fared. Our love for the outdoors was strong then, but as the passing years would come to reflect, our affinity to nature had only just begun to burgeon.

In 2020, after a few weeks into the lockdown, Milla and I thought: Fuck it. What better time than now? We weren’t supposed to go out into public, but at this time, no rules were made signifying that the backcountry was off-limits. Both of us—like people in most of the world—were getting stir-crazy in our small one-bedroom apartment. Tensions were surely elevated and silly quarrels came more often than usual. As any human who lived through it knows, 2020 was not a great year for love.

In June 2022, a Q&A with Harvard Law Lecturer, Marianna Yang, revealed that DV (domestic violence) charges rose from “25% – 33% globally.” It turns out that if you lock people in their houses for days on end, shit tends to hit the fan in domestic settings. Huh… who would have thought?

Jammed in our cramped accommodations like mussels on a cold, rocky shore, Milla and I were no exception to the rule. We, like many other married couples, found ourselves teetering on wit’s end, wrangling over infinitesimal issues, and snapping at one another for just about anything. Just in the knick of time, though, as if a light bulb clicked on within the walls of our skulls simultaneously, we developed a solution. And that’s how we ended up deciding to buy our backpacks.

Before we made a solid choice, we thought it wise to seek advice from an achieved outdoorsman. Both of us agreed that reaching out to our dear friend, Austin Iles, was a wise move. After we told him that we were planning on really delving into backcountry adventures, Austin suggested that we pay for quality if we were really going to get serious. Austin urged that we ignore stinginess and look into Osprey packs. He also suggested that we look into larger packs, as we were beginners in this newfound world, and in this world, less means best.

Milla and I agreed. It was better to drop a lot of money at once—Osprey has a lifetime warranty on their gear—than to be cheap and have to rebuy gear throughout our lives. Nevertheless, we did not just up and buy backpacks. We wanted to do further research on packs while also beginning our search for a good first trip. Furthermore, the backpack was nothing if we did not have the appropriate gear to put into it. There was a lot to do before we were ready.

“I mean, if people were doing it as a day hike, how difficult could it be?”

As the months passed by, our backpacking trip would get knocked down on the priority list. Getting everything together was not a swift process. By late summer, though, our once-empty claims solidified into reality. We both had packs that were meticulously sized to our physiques. We obtained a little MSR cook set, a water filter bag, and smaller sleeping bags by The North Face designed for backpacking. The only thing we had not upgraded in fear of financial fallout was our tent; backpacking tents are not cheap.

Our tent, Big Green, is a four-person beast. The bulky Coleman tent weighs eight pounds without stakes. Not only was its weight not ideal for lugging on your back, but its size posed a challenge, too. Since my pack was considerably larger than Milla’s pack, I would be stuck lugging the cumbersome thing. I tried to convince Milla that we didn’t really need it—that it was summer and sleeping outside would be fine. She, on the other hand, was not having it. With intelligence guiding me, I let it go.

With packs and gear now in our possession, we needed a sturdy plan. Throughout my growing up, I heard talk of a 30-mile trail that started in the Santa Cruz Mountains and ended on the coast near Waddle Beach. With some further investigation, I found a name for the long hike. It was called “Skyline to the Sea Trail: Castle Rock Route.” In my research, I learned that people would plan three days to do the trail with a backpack, and many reviews said they did it with their small children. Some people reported that they did it as a day hike or run. The trail was actually 27.1 miles, not 30, and although this seemed like a large number, I gathered from the reviews that the hiking itself was not too strenuous. I mean, if people were doing it as a day hike, how difficult could it be?

The point-to-point trail offered an array of dazzling landscapes along the way. Hikers start in Castle Rock State Park, an almost foreign-looking area of the Santa Cruz Mountains, where large sandstone giants breach dense forest canopies like visitors from a different place. The trail then weaves into the redwood forests of Big Basin, the oldest state park in California, established back in 1902. After one departs from the shade of lofty coastal redwoods, they are met by rolling hills of golden grass—in the summertime—that appear boldly below the scintillating, blue Pacific as it endlessly rolls its waves far beyond. Combining the diverse beauty of different landscapes with the assumed facileness of the trek, this trail was a no-brainer for Milla and me. We figured we could do it in two days. No problem.

The day before we planned to set off, we gathered last-minute supplies—dried food, headlamps, and any other gadget we thought we might have needed. I got a pair of new Keen hiking shoes and urged Milla to do the same. To save a buck, though, she decided that she would be just fine with her old cheapy-shoes. They never seemed to let her down on long day hikes, so I let the subject of new shoes go.

That evening as the sun started to splash soft oranges, fire reds, and vibrant purples across its canvas of skyline, we packed our packs as they would be packed on our trip and hit Heintz Open Space for a practice run. My pack weighed 32 pounds and Milla’s 24. Fueled by adrenaline and utter excitement, the steep, uphill hike was easy with the packs. Back at the bottom of the hill, with beaming smiles stretching our cheeks, we high-fived each other, took our packs off, and embraced in a long, triumphant hug. We were finally ready.

Excitement levels were through the clouds. Like a child longing for Christmas morning, Milla and I could not wait until the sun rose, which was when we planned on leaving our apartment the next day. We were confident of our hiking abilities to move fast, but still, we did not want to take any chances and get stuck dredging our way through the thick darkness of nightfall. However, unlike a child eagerly counting down the seconds until Christmas morning, we eased our nerves with alcohol and ended up overindulging. Call it a bad case of premature celebration. And like every other time that booze blends itself with excitement, one drink led to another, which led to another, which led to another…