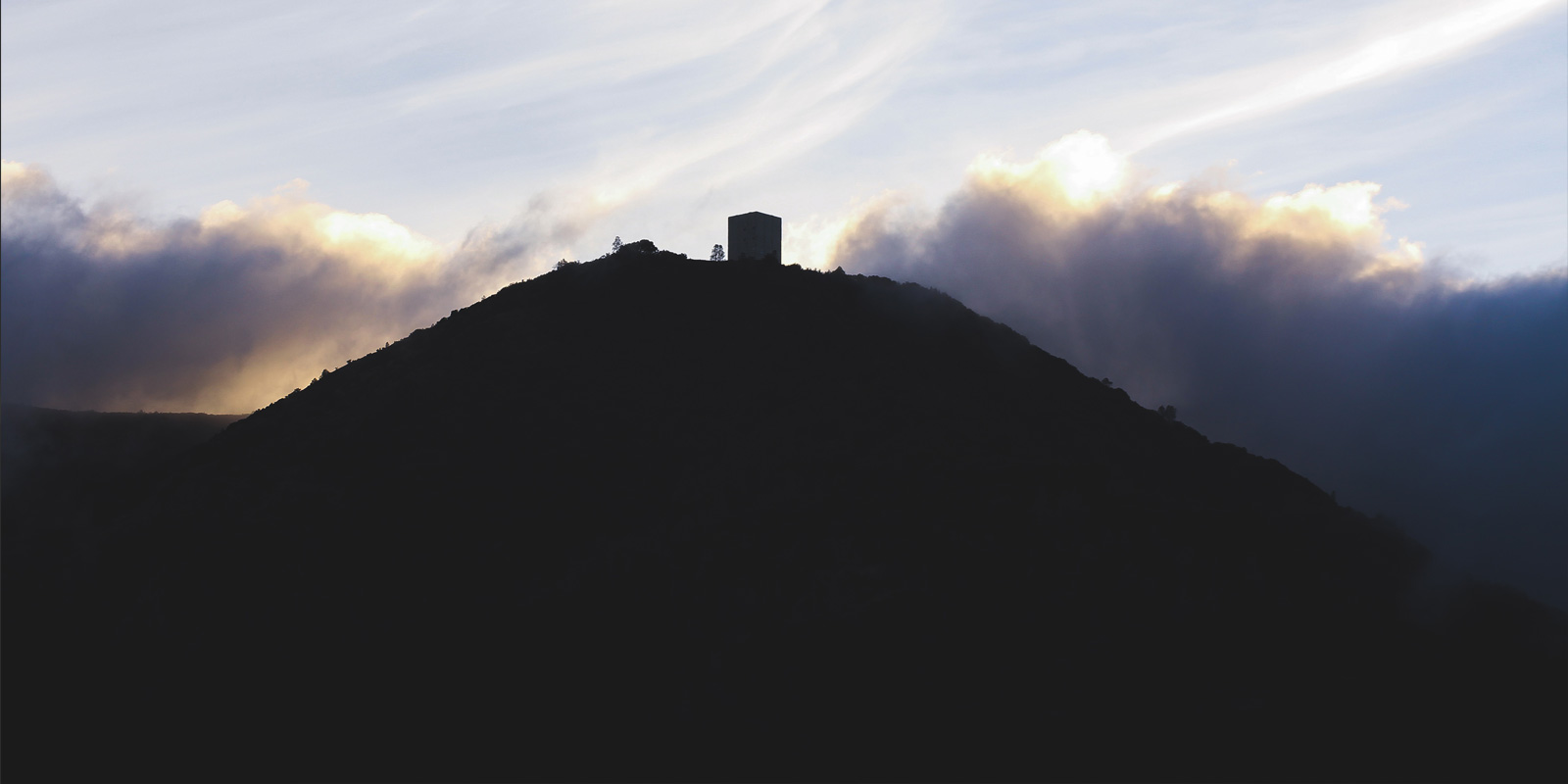 Castle on the Hill: A Decade Long Journey to Mt. Umunhum

As do many childhoods, mine held an array of imaginative lore based on mysterious happenings, objects, or nearby places. One such place was that of the unattainable, dungeon-like castle that perched high on top of a nearby mountain—the California Bay Area’s southern peak, Mount Umunhum.

Such a place sets the stage for adolescent imaginations to run wild. What kind of secrets could the Gothic-like structure hold beyond its time-beaten walls? We knew it was of military descent. How many seedy, unknown operations hid within such a place? Nuclear testing? The mysterious tower was truly our own Area 51.

“…we would often ponder up at the distant tower, trekking twirling trails, concocting colorful stories of mischievous operations, alien cover-ups, and secret societies.”

As kids, we would wander the small Bel Gatos Mountains, a smaller range that sleeps beneath Mount Umunhum. With our boards in hands, we would often ponder up at the distant tower, trekking twirling trails, concocting colorful stories of mischievous operations, alien cover-ups, and secret societies. After we would all share our theories—which was usually each of us trying to yell over the other—we always came to the empty conclusion of unknowing; an emptiness we figured we would never fill. Our stories would always remain nothing more than stories.

In reality, the far-off tower was just a speck of light grey, all the way up there, and we were just little stoner kids, getting highway down here. Our hikes always ended the same: a group of shithead kids skating down a rocky trail, each naive mind dreaming of the day that—instead of skating down these dirty, sketchy trails—we could skate down the forest cloaked road that lead to the mystery on the hill; our Area 51.

“The adventure would be a trialing one, as it would require brave pioneering into a gargantuan unknown.”

Back in 2009, while I was out of state attending the Toebock IN Miami House, my buddies back home took it upon themselves to conclusively solve the mystery of that elusive tower; that which separated San Jose from the Santa Cruz coast. The adventure would be a trialing one, as it would require brave pioneering into a gargantuan unknown.

They trekked a grueling eleven hours—five hours to the tower and six hours down the mountain. Sadly, after all their efforts, they never solved the mystery of the ghostly tower. The thing was gated off far from reach, with signs stating that it was an active military base—trespassers would be shot on site! (So they claimed) And that’s how the story of the big tower on Mount Umunhum ended. That is until last year, 2017.

After eight years, 25 million dollars, and a series of agreements, Mount Umunhum was open to the public. Finally, one could drive to the mountain peak without the strenuous hike, and even more fascinatingly, one could walk directly up to the once mysterious tower and touch its bare, cold walls; days of being shot on site fell far beneath the past. I made my way up the mountain the day I heard it was open.

There is something magical about being on top of that mountain—it is no wonder that no more than fifty feet away from the tower a sacred ritual site was frequented by the Amah Mutsun—descendants of the Ohlone Tribe. What our young imaginations conjured up as a secret military base—one conducting operations correlative to those in television series like the Twilight Zone and The X-Files—turned out to be a radar tower that was operating in the Cold War by the Almaden Airforce Station.

Learning about the military history, native plants, animal life, and the history of the area’s tribes was fascinating, but the most intriguing facet of Mount Umunhum was the place itself. There was a lingering beauty that lurked with the dreary wind. One could feel it soak them with the peak’s sun-bathed breeze, they could hear it in the empty echoes of vast quietness and could see it as their vision was swept away by the valley below—daily life as most knew it bustling about in bursts of cloud breaks.

Most of the old crew had dwindled off over time—some with heavy drugs but most in search of a less financially demanding region; northeast, Nevada bound. As I stood atop the sacred Land of Hummingbirds, I missed my brothers. Time had not split us apart, and the cyber world in which we lived kept us well in touch. But standing there without them was still a sad moment–how I gallantly stood atop that mountain–nearly a decade later–hands on the tower; accomplishing their failed, 11-hour venture in less than a twenty-minute drive. Right then, I knew what I had to do.

As I turned around from the dissolving radar tower, I harvested the sacred power that seeped up through the newly laid concrete below, closed my eyes, and sent it to all my brothers scattered about the land—some in dope houses, some in rehabilitation centers—others in snow-peaked mountain towns while some called cities, deserts, or forests their home. Then I opened my eyes and skated down that windy road—the one that led up, up, and up, to that childhood castle on the hill.